The Ottawa Senators continue to discuss trades with multiple teams as they’ll be an interesting club to watch before the deadline because of their amount of pending free agents and their available cap space. Look for the Senators to get involved as a team that’s willing to take on some salary for the rest of the season if it means they’ll acquire a top pick or prospect. Ottawa will be busy, let’s take a look at two players who have been garnering a ton of interest:

The veteran center is a pending free agent who is making $3.5 million currently against the cap. He’s had a down year both on the score sheet and in the faceoff circle as he’s only winning 45% of his draws. So far in 40 games he’s recorded 10 points and there’s a few teams out west that are looking to upgrade down the middle and have Tierney’s name circled. 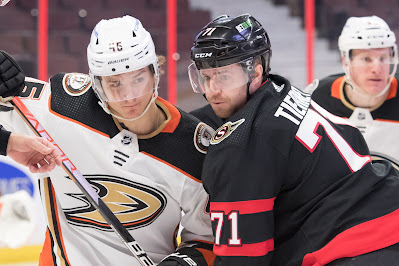 Look for the Minnesota Wild, San Jose Sharks and Nashville Predators to have interest as they’d like to slide Tierney into their third-line center position. The Keswick, ON native can play a solid shut-down role and would fit in perfectly on the third-line of a playoff bound hockey club.

While the Senators do have some interest in re-signing the 29-year-old netminder they may be forced to trade him because of the amount of bids on his services. If they get what they feel is fair, the Sens will certainly move Forsberg, who has been a bright spot on the team this season. Even with Matt Murray appearing to once again find his game it would take quite the salary retention to move the one-time goalie of the future so it makes a lot of sense for the Sens to cash in on Forsberg right now. 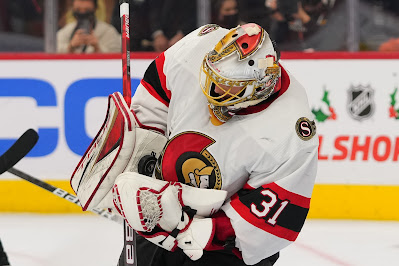 The Edmonton Oilers, Florida Panthers, Washington Capitals and Pittsburgh Penguins are all interested and have been in contact with Ottawa. The goaltender is a $900,000 cap hit to go along with his 3.02 GAA and a .909 save %. Look for him to be moved before March 21 or re-signed on a two-to-three year deal with the Senators.
Photo credit:  Mitchell Leff-USA TODAY Sports