No One Turns Defense Into Offense Like Cale Makar

The most electric debate in the modern NHL is around defense.

Blame that on Colorado’s Cale Makar.

In an era of high-scoring forwards like Connor McDavid and Auston Matthews, Makar has made offensive waves from the blueline. The 23-year-old out of UMass has scored goals at a pace rarely seen for defenders in this era of the league, and he’s a favorite to win the Norris Trophy for best defenseman; up against talented blueliners like Roman Josi and Victor Hedman, that would be a significant accomplishment.

“You look at his numbers, and he’s as dangerous as any forward in the league,” Avalanche head coach Jared Bednar said earlier this month. “He is for me the guy [for the Norris Trophy]. Partly, because of what he’s added to his game now with us. The offensive dynamic player that you see every night, obviously that was there from the start, but he’s just been improving.”

There have been plenty of dynamic offensive defensemen in the history of the NHL. Bobby Orr changed the position with the Boston Bruins in the 1960s and ’70s, while Paul Coffey was a blueline leader for the Edmonton Oilers dynasty, and Ray Bourque — who also played for the Avs after a long career with the Bruins — is regarded as one of greatest of all time.

Defensemen have been criticized at times in recent years for prioritizing offense. Puck-moving defenders like Erik Karlsson or Mike Green — the most recent defender to tally 30 goals in a single season — have fought the perception of lacking on defense. Karlsson, for example, often carried negative plus-minus ratings while racking up points.

But puck-moving defenders are less of an abnormality in the 2020s, as the position has continued to evolve. Makar’s strong defensive impact — and that of the new wave of young, offensive defenders out of the NCAA like Adam Fox and Charlie McAvoy — has helped deliver the whole package to the position. Makar is the face of a new generation of D-men who seem determined to defend stoutly, score goals and shatter records. 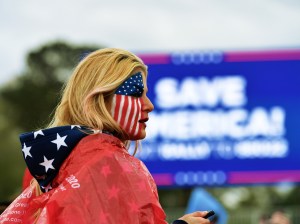 
The Twisted Logic Behind The Right’s ‘Great Replacement’ Arguments

Over the course of his young career, Makar has posted 180 points (48 goals, 132 assists) through 178 games. He is currently 20th in the NHL in points, with Josi the only blueliner ahead of him, and his 28 goals are five more than the next leading defender (also Josi). The only other NHL defensemen to ever average more than a point per game in their careers1 were Harry Cameron, Orr and Coffey — all Hockey Hall of Famers.

Makar’s ascension may have been quick, but it wasn’t unanticipated. He was a sensation in college, helping lead UMass to its first run of success in program history. Along with Harvard’s Fox — drafted in the third round by the Rangers, and the 2021 Norris winner — he was considered one of the elite defensemen in the nation. He won the Hobey Baker Award in 2019, becoming the eighth defenseman to win the award in its history.2

He made his NHL debut with a goal in the 2019 postseason with the Avalanche — he was the 138th NHL player to make their debut in the playoffs — and he then went on to win the Calder Trophy as rookie of the year in 2020.

On March 25, Makar set the franchise record for most goals by a defenseman in a single season with his 24th tally, passing Sandis Ozolinsh’s 23 in 1995-96. In mid-April, Makar topped Steve Duchesne’s Colorado record of 82 points in a single season, which came in 1992-93.3

Breaking records seems to be Makar’s thing, and he’ll soon have a chance to do so on an even larger stage. Colorado is expected to make a deep postseason run — FiveThirtyEight’s NHL forecast gives the Avs the best odds of making the Stanley Cup final at 37 percent — which would give Makar plenty of games to score. The only defenseman to lead the NHL postseason in scoring outright was Brian Leetch, with 34 points in 1993-94.

As impressive as his offensive numbers are, Makar also fills a key role for Colorado on defense. He plays 25 minutes, 40 seconds per night, the sixth-most in the NHL and ahead of workhorses like Josi and Hedman. The Avalanche rely on him on their top pairing, usually with Devon Toews, but after Toews was injured in mid-April, Makar also played with 20-year-old Bowen Byram at times. The competition between Makar and Josi for the Norris Trophy is tight; they have been close in key offensive stats and time on ice all season.

Makar has already worn an “A” on his jersey as an alternate captain. The young star is a leader for the Avalanche on the ice, and he’s on pace to become a leader in the defensemen record books, too.